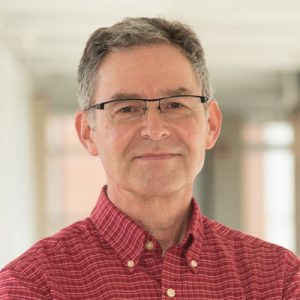 Tom received his BS degree in Bacteriology from the University of Wisconsin-Madison in 1983. He started graduate school in 1985, working in the laboratory of Costa Georgopoulos at the University of Utah in Salt Lake City and was awarded a PhD degree in 1991. His thesis work focused on the role of E. coli chaperone proteins GroEL and GroES in bacteriophage morphogenesis. He returned to UW-Madison for post-doctoral work in the Craig lab, where he studied the biochemistry of cytosolic Hsp70 chaperones of S. cerevisiae. In 1995, he became an associate researcher in the Plant Biotechnology Lab at the UW Biotechnology Center, working on heterologous expression of microbial enzymes in transgenic plants, with the goal of improving crop plants like alfalfa. Tom returned to the Craig lab in 2010 as an associate scientist and continues to apply genetic and biochemical approaches to the study of Hsp70 chaperones and their co-chaperone partners.