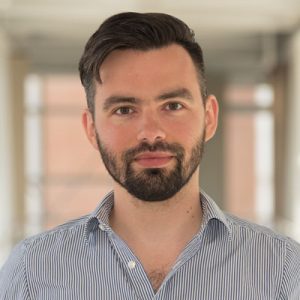 Wojciech received his M.Sc. degree in Biotechnology in 2013 at the Intercollegiate Faculty of Biotechnology at the University of Gdansk and the Medical University of Gdansk in Poland. His master thesis work was performed in Prof. Jaroslaw Marszalek’s lab and focused on studying the interaction between the cysteine desulfurase Nfs1 and scaffold protein Isu in the process of iron-sulfur cluster biogenesis in S. cerevisiae. He later stayed in Prof. Marszalek’s lab to pursue a PhD in Biochemistry. He defended his thesis in 2019, which focused on identification and studying a novel interaction site between yeast mitochondrial Hsp70 chaperone Ssq1 and Jac1 co-chaperone. After graduation he has moved to Madison to join Prof. Elizabeth Craig’s lab as a postdoctoral researcher. His current work focuses on the interplay between various chaperone proteins interacting with the nascent chain at the ribosomal exit tunnel.